Today’s Spiritual Food for Thought for the Weekend, written by Pastor Ryun Chang, was originally posted on February 15, 2013.

Spiritual Food for Thought for the Weekend

Do not love the world or anything in the world . . . The world and its desires pass away. 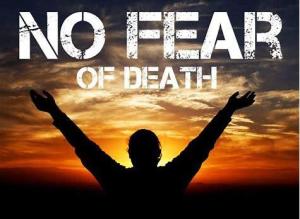 Perhaps no one ever feared death quite like Thomas Donaldson who was afflicted with brain cancer in 1990.  Hoping that science can one day make immortality possible, Donaldson, then 46, asked the California court judge to permit cryogenic specialists to freeze him, and then sever his frozen head to store it for the future.  He hoped that someday science would provide a cure for cancer, but for this plan to succeed, the doctors would also have to master the technique of brain transplantation. Only then could Donaldson’s head be thawed out and his brain implanted to another body.  At $35,000, freezing a head was a good deal cheaper than what it would cost to freeze an entire body for $100,000. “I am dying,” said the cancer patient, adding, “I might later be revived and continue to live.” Fortunately, he managed to beat the disease until finally succumbing to it in 2006.

This man really tried to hang on to this world as long as he could, because for him, there was no other world but this one, since he never came to believe Jesus for eternal life.  What’s more tragic is that there are so-called believers who will do almost anything to prolong their stay here on earth and it’s not because they want to do God’ work. I wonder whether this is a case of “If anyone loves the world, the love of the Father is not in him” (1 Jn. 2:15b).

Prayer: Lord, help me to put my hope only on You.  Prepare me for the day of my departure so that I may declare, “I have fought the good fight, I have finished the race, I have kept the faith” (1 Tim. 4:7).